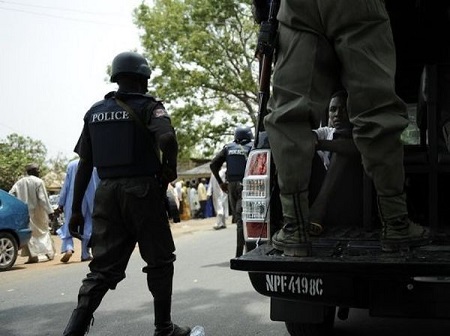 In what will come across as a really socking development, a landlord has been accused of collecting money to have people killed.

According to a report by Vanguard, there were indications, yesterday, that a landlord in Ikorodu area of Lagos State was among several others arrested in connection with Badoo killings in the area.
The landlord (identity undisclosed) reportedly confessed during interrogation to have collected N5 million to show members of the dreaded cult gang where the victims—a fisherman, his wife and three children— were sleeping.
Some residents of Iruwen community, who spoke on condition of anonymity, told Vanguard: “After the incident, relatives of the deceased visited the scene and took the grinding stone to the Oba of Ikorodu, where they reported the matter and thereafter, left with the stone.
“They took the stone to Igede, Benue State, where a traditional investigation was carried out. They reported their findings to the Police, which led to the arrest of the landlord, who reportedly confessed to the crime.”
According to Vanguard, another source, who also asked to remain anonymous, revealed that he attended the victims’ burial rites.
He said: “I represented my community at that burial. What happened was that we heard the victim’s uncle, a retired Commissioner of Police, told Police authorities that he wanted to investigate the matter.
“He sent detectives, who came to the scene of the incident, and carried out forensic investigation into the matter.
“They did video coverage of the scene and captured everything that transpired during the attack and the landlord’s actions were suspicious, so they invited him for interrogation, where he confessed to the crime.
“I heard that when the attackers came, the landlord’s wife saw them and wanted to shout, but her husband stopped her from alerting residents.
“He confessed during interrogation that he was paid N2.5 million as first instalment, after which the balance of N2.5 million was paid at the end of the operation.”
AdvertisementClick Here To Join The 10,000 Naira Giveaway For 100 People!