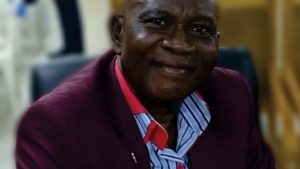 The Lagos State Government has blamed the collapsed building which occurred at 7 Saidu Okeleji Street, Meiran in Agbado Oke -Odo Local Council Development Area (LCDA) of the State on Saturday to heavy loads placed on the building and substandard materials used for the construction work.

Reacting to the collapse, the State’s Commissioner for Physical Planning and Urban Development, Wasiu Anifowoshe commiserated with the families of those who lost their loved ones to the unfortunate incident but appealed to property owners and developers to henceforth adhere strictly to Planning and Building laws and regulations to forestall re-occurrence of incidents of building collapse in the State.

He said the call became imperative in view of the need for property owners and developers to be mindful of the fact that people would reside in these structures and that their lives were valuable.

According to the commissioner, the state government was deeply concerned about the attitude of some developers not building in accordance with the relevant building rules and is therefore appealing to all owners and developers to build right for the safety of lives of Lagosians.

Speaking on the building collapse, Anifowoshe said: “Investigation and reports revealed that the old building had building materials stacked on the decking and due to the heavy downpour, the decking caved in on a woman and her baby who were unfortunate to be beneath the decked shop at the time of collapse. Sadly, they lost their lives.

“The site of the collapse has a completed bungalow and a shop extension in front which had a decking stacked with loads of building materials. The shop occupied a small portion of land of about three metres. Both developments in question had no planning permit and substandard materials were used for construction. It had been identified by the Building Control Officers in that area and served the statutory stop work notices and monitored for compliance,” he said.

The commissioner also disclosed that others who were trapped in the collapsed building have been rescued and given immediate medical attention by the Lagos State Emergency and Rescue Team.

He said having experienced series of collapse earlier in the year, the Lagos State Building Control Agency had swung into action by embarking on a comprehensive audit of buildings within the State with the view to identifying defective structures for immediate removal to avert recurrences.

“As you all are aware, as a government, we follow due process in the discharge of our duties. Whenever we discover a defective structure, we serve all relevant statutory notices and in no time seal off the building and appeal to occupants to vacate the distressed buildings for safety reasons. Unfortunately, most of the occupants seize the opportunity of weekends and public holidays to move back in to these dangerous structures.

“As a result of the audit conducted, the Lagos State Building Control Agency as at today has identified 139 of such defective structures for removal and work has commenced in earnest. It is however very unfortunate that this particular building came down before removal,” Anifowoshe said.

While urging Lagosians to comply with planning and building regulations and not to reside in or use defective structures, the Commissioner appealed to the people to join hands with government in monitoring to rid the State of illegal developments by reporting such developments to the nearest Building Control District Office.

He added: “Also, as part of our responsibility towards protecting the lives of Lagosians, we have commenced a public awareness campaign to sensitize Lagosians on the importance of strict adherence to planning and building regulations. These we are doing through all available media platforms. We are also engaging stakeholders on different strata of the society so as to jointly tackle the menace.”

Besides, the commissioner warned that no defaulter would be spared as they would be brought to book in accordance with relevant laws, saying that Government had been working tirelessly to ensure that building laws are complied with so as to achieve a significant reduction in cases of building collapse.