US pop superstar Madonna on Tuesday took her four adopted Malawian children back to their home country for the opening of a paediatric hospital wing that her charity has built.

Standing alongside President Peter Mutharika, she unveiled a plaque to mark the completion of the 50-bed facility in Malawi’s second city of Blantyre.

The Mercy James Institute of Paediatric Surgery and Intensive Care — named after one of her children — has taken two years to build and includes three specialist operating theatres.

It is the first health unit for children in the southern African nation, and will double the capacity for paediatric care at the Queen Elizabeth hospital.

Earlier this year Madonna, 58, adopted twin girls from an orphanage in Malawi, where she has been a regular visitor for several years.

“I am a freedom fighter and a feminist with a rebel heart… so I would not accept the word ‘no’,” a smiling Madonna told a crowd of well-wishers as she described the challenges of adopting the children.

“I never gave up or backed down. I fought for Mercy and won,” she said, adding the hospital was built because “children should never die of terrible diseases we can easily cure.”

Madonna, who set up her “Raising Malawi” charity in 2006, joined in with local dancers to celebrate the opening after a one-hour tour of the hospital, which was decorated with national flags and bunting. 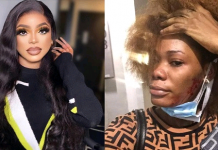 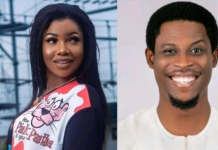