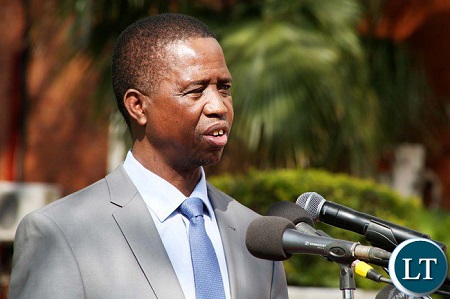 Police Spokesperson Esther Katongo said the suspect is a student in the School of Engineering at the said University.

The suspect is scheduled to appear in Court on Thursday, 27th July, 2017 for the offence of Defamation of the President which is contrary to Section 59 of Cap 87 of the Laws of Zambia.

The Police Spokesperson says the suspect is yet to be slapped with other charges for defaming and use of insulting language against Senior Government officials and other persons.

“We wish to inform Members of the Public that investigations in other cases where people are using social media to make defamatory and insulting remarks have continued. The Zambia Police working in conjunction with ZICTA have intensified investigations in crimes committed through social media and we hope to bring more culprits to book,” she said.

“In view of the above, members of the Public are forewarned to desist from posting insults and defamatory remarks before the long arm of the Law catches up with them,” Mrs Katongo said.

“We also wish to caution all those fond of opening fake accounts on social media using false particulars that such deception will not protect them from prosecution as Law enforcement officers are able to trace your real identity.”