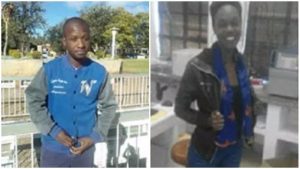 A woman has shocked her son and his new bride after she asked them both to sleep in different rooms in Bulawayo, Zimbabwe. According to reports, It was gathered that the couple who live with the man’s mother were forced to sneak around in other to be intimate with each other.
According to iharare, the couple’s situation came to light after the woman’s 31-year-old son Nkosana pleaded with Bulawayo civil court to grant him a divorce.
It was discovered that the couple’s union was not blessed by Nkosana’s mother. Nkosana and his 29-year-old wife Dlamini got married secretly in January and they later moved in with Nkosana’s mother in March. Since March, the two have been forced to sleep in separate rooms and sneak around the house behind the mother’s back. However, Nkosana is now asking for a separation from his wife after he accused her of abusing him.
He said: “I am married to Sidumisile Dlamini and she’s physically and verbally abusive not only to me but to other people who we also stay with. She once hit me twice on my head with a metal door handle and knobkerrie before she threatened to stab me with a knife.”
In response, his wife Dlamini exposed their secret and claimed her mother-in-law was the root of her marital problems. Dlamini expressed that her husband was the one who abused her.
Source: ( Gossip.naij.com)