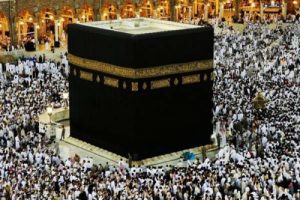 The National Hajj Commission of Nigeria (NAHCON) on Monday has blamed the hike in Hajj fare to the current economic depression and devaluation of Naira against major currencies.

Alhaji Ibrahim Yusuf, the NAHCON Commissioner for Policy, Personnel Management and Finance, made the assertion in Ilorin, at a day sensitisation for stakeholders.

Yusuf said that intending pilgrims would have paid about N700,000 if the value of Naira had not fallen at the international market.

He said that there was a remarkable reduction in the transport, accommodation and feeding in Saudi Arabia when compared with 2016 Hajj.

The NAHCON commissioner said that the economic situation in the country was responsible for the hike in Hajj fare.

“The commission has tried its best to reduce the fare, but we have no control over the dollar rate at the forex market,” Yusuf said.

According to him, the 2017 Hajj fare would have gone above N2 million,
but for the efforts of the commission in negotiating for lower rates directly for accommodation in Makkah and Madinah.

In his remarks, Alhaji Mohammed Tunde-Jimoh, the Executive Secretary, Kwara Muslim Pilgrims Welfare Board, said that the board had put in place the necessary arrangements for the comfort of all intending pilgrims.

He advised intending pilgrims from the state not to carry Kolanut and other prohibited items to the Holy Land.

Each of the intending pilgrims from Kwara paid about N1.5 million as Hajj fare for 2017.