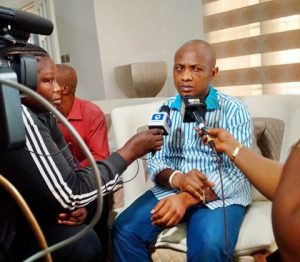 Billionaire kidnapper, Chukwudumeme Onwuamadike aka Evans, has denied that he filed a suit against the police,for alleged illegal detention and unconstitutional media trial.

However, he told Channels Television on Sunday from police detention, that the lawsuits were attempts by some people to put him in more trouble. He said “I have no hand in any case filed against the police and I did not speak with any lawyer or my father to fill a case on my behalf.

All I will say is that they should temper justice with mercy,” he said. The suspect noted further that even if he was released by the police, he would not go because those he has kidnapped and collected millions of naira as ransom from would kill him.