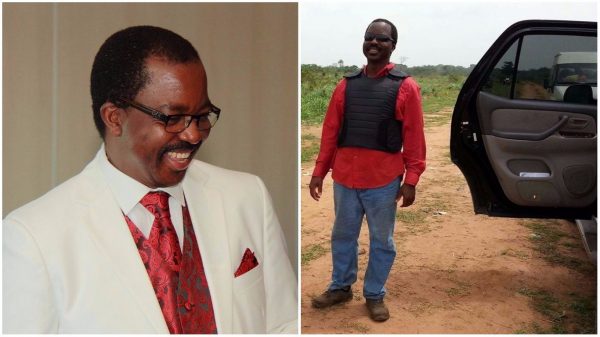 A man identified as Aroms Aigbehi has warned Nigerians in the diaspora to stay away from home because the country is not safe.

According to Aigbehi, he has been forced to walk around his farm in Edo state with a bulletproof vest due to killings in the state.

In his post, the farmer claimed that herdsmen are trying to kill him and he has been forced to wear protection on his farm in Obayantor area of Edo state.

The businessman expressed that the government only tries to help foreigners in the country. 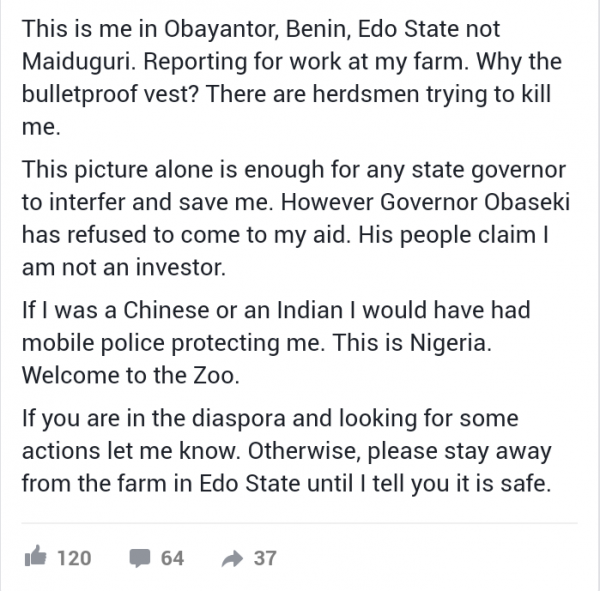