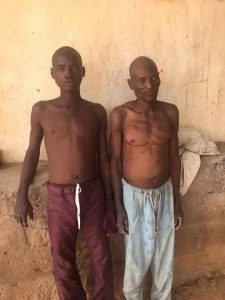 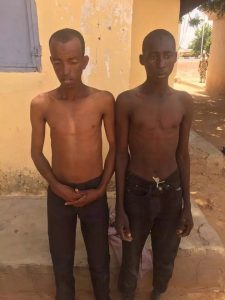 The Nigerian  Army confirmed the arrest of Four fleeing Boko Haram terrorists, including a father and son at Kurnari village and Nayinawa in Yobe.

According to a statement issued by Army Spokesman, Brig.-Gen. Sani Usman, on Tuesday, the arrested terrorists are: Bukar Waziri, 25, Mammade Lawan, 20, and father and son, Muhammadu Damina, 40, and Isah Muhammadu, 15.

Usman said that the suspects were arrested on Monday after they fled their hideout at Talala and Buk in Damboa Local Government Area of Borno.

“During preliminary investigation, they claimed that they were fleeing from the terrorists’ hideout at Talala and Buk in Damboa Local Government Area of Borno State because of the unbearable military onslaughts and bombardments on their various locations,” the army spokesman said.