Deolu
While speaking at a dinner in Johannesburg on Sunday, the Coordinator Progressives Leaders Association revealed that an Igbo Language School in the U.S. has been opened in South Africa. 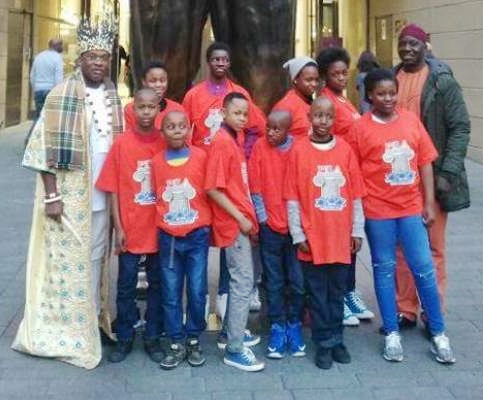 The Progressives Leaders Association (PILA), an organisation sponsoring an Igbo Language School in the U.S., says a similar school has been opened in South Africa.
Mr Chima Umealo, Coordinator of PILA in South Africa, said at a dinner in Johannesburg on Sunday that 16 children had started lesson in the school.
He said the group’s aim was to secure the Igbo language and ensure it would not be extinct.
“Pila’s aim is to secure the Igbo language because UNESCO had predicted that the language was among those that will go out of fashion in no distant time.
“We decided to come out with a programme to secure our language because a people without a language are no people,” he said.
Umealo, also the President, Abia Union, South Africa, said one way of sustaining Igbo culture was to secure the language.
“We therefore, resolved to establish an Igbo school in South Africa to affiliate with the one in the U.S to promote our culture and language,” he said.
The coordinator said children born in South Africa, who are not opportune to communicate with others when they go home would be taught the language.
He said that the children were taught during vacation, while arrangements had been concluded to teach them at weekends during school session.
“As time goes on, we will teach them mathematics and science in Igbo to make them put to practice what they do daily in school and at home,” Umealo said.
The traditional head of Abia indigenes in South Africa, Eze Sidney Ihediwa, said the establishment of the school was a step in the right direction.
“It is important because we should ensure that our heritage and culture does not go into extinction,” he said.
The traditional ruler said that some children born abroad were losing touch with their language, noting that such schools would assist them to preserve their culture.
The chairman of Ikwuano/Umuahia Community in South Africa, Chief Ikechi Otuonye, said the school would make children to speak their native language while abroad.
“Even when they travel to other countries, they can communicate in the language with other brethren there,” he said.

Share
Facebook
Twitter
WhatsApp
Previous article3 Drown, 5 Declared Missing In While Taking Selfies, Videos
Next article“Women who give birth to twins in their 40’s and 50’s isn’t a miracle from God, but IVF” — Dencia
- Advertisement -