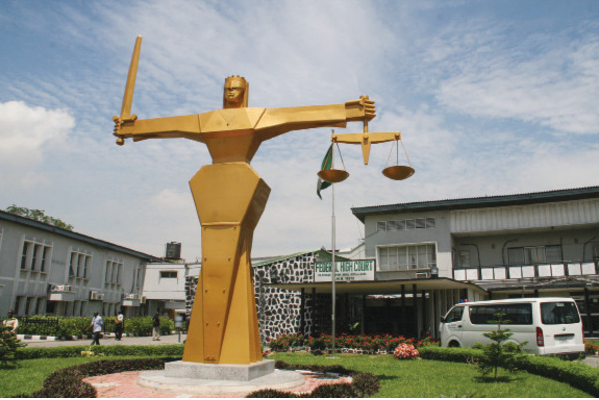 The Osun state Court sitted in Osogbo has pronounced a man the judgement of death sentence by hanging for stealing a sum of three thousand, four hundred and twenty naira.

Report states that the 40-year old Kayode Adedeji stole the money of one Omowumi Adebayo in the midnight of April 25, 2009 at Bolorunduro area of Ilesha using armed weapons like knife and others.

Some members of the Oodua Peoples Congress in the area, apprehended the thief before he was later granted bail.

However, he was said to have abused the bail privilege by committing another offence which led to his remand in Ilesa prison.

Although, the defence counsel, Tunde Adedokun, pleaded for court’s leniency but the presiding judge, Kudirat Akano didn’t grant this, sentencing Mr. Adedeji to death by hanging.