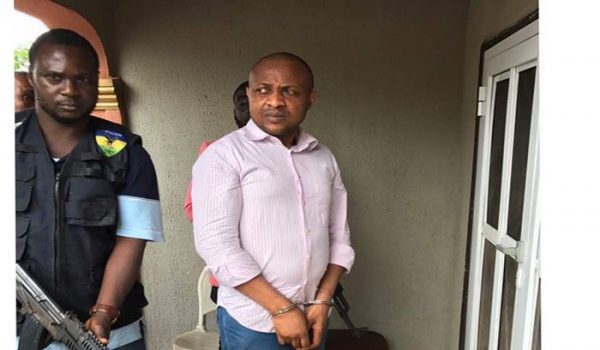 In the last few hours that the suspected notorious billionaire kidnapper, Chukwudumeme Onwuamadike a.k.a Evans was reported to have vanished Lagos police custody, several Nigerians have reacted to the sensational reports from the Saturday Sun and the tweets on Evans’ case swiftly skyrocketed to over 42,000.

Some Twitter users discredited the news of Evans’ escape, some others spurred sudden fear over it and some others became sarcastic on the trending news.

www.yabaleftonline.com again sampled the opinions of Nigerians on the social media, Twitter.

These are what some are saying:

However, in a tweet by SaharaReporters, the Lagos Police Commands debunked the report that Evans has escaped claiming he was only moved to an unknown destination.

In the meantime, the media is keen on receiving an official statement from the Police to give the latest on the suspected notorious kidnapper.