Just as Eniola Badmus understands, health is wealth and this she revealed when she found herself in a hospital bed recently. The actress shared photos of herself receiving treatment for an undisclosed ailment on her Snapchat. 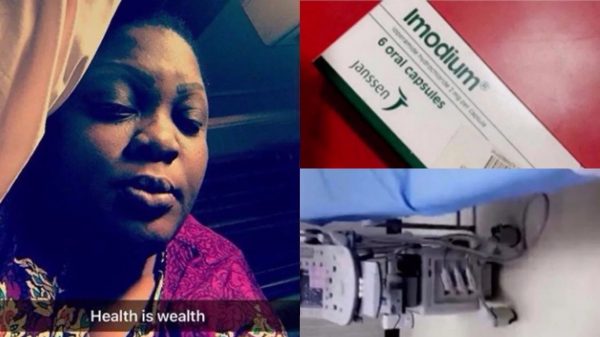 Badmus who is mostly known for her comic roles in movies and liveliness looked sick as a dog as she laid in the hospital bed. Gbogbo Bigs girl also displayed her prescription drug “Imodium” which is know as treatment tablet for loose bowel movement.