How Notorious Badoo Cult Members Are Recruited in Lagos State 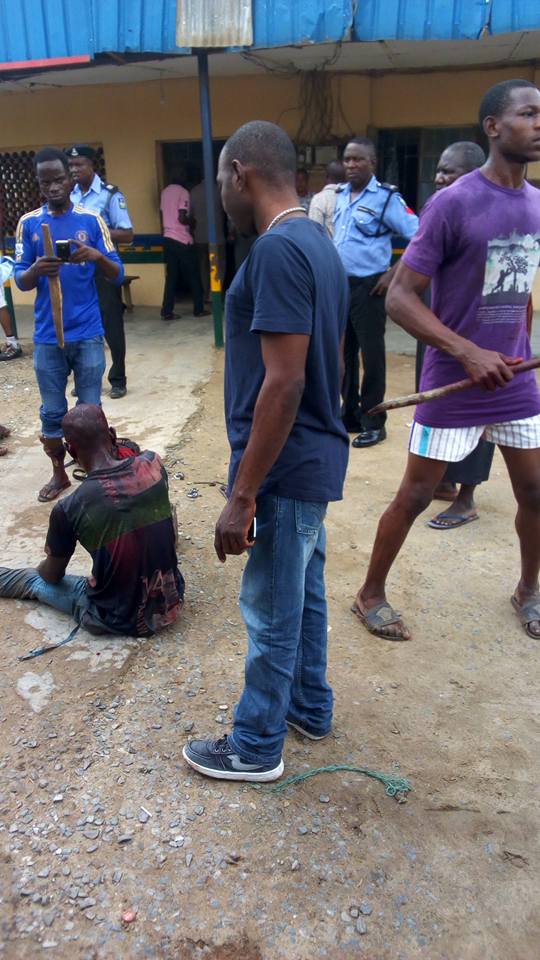 Members of Gani Adams-led Oodua People’s Congress (OPC) and men of the Onyabo local vigilante who stormed communities in Ikorodu area of Lagos have revealed how the deadly Badoo cult members are recruited to attack and kill innocent people.

In a joint operation between OPC and policemen led by Deputy Commissioner of Police, Operations, Lagos State Police Command, Mr. Edgal Imohimi, many of the suspected members of the cult group were caught.

The National coordinator of the OPC, Otunba Gani Adams said: “from our findings, there are reports that the Badoo group have been terrorising Ikorodu and its environs for the past two years. They have been killing people for rituals and some prominent Nigerians are allegedly behind this criminal act. From our findings, the Badoo boys don’t use guns or machetes. They use big grinding stones or pestles to kill their victims in the wee hours of the night. So it is sad, but now the police are investigating and we are supporting them with information and strategies to ensure that Ikorodu remains safe for residents.”

He then added: “Ikorodu has gradually become a safe hideaway for criminals. Of all the cultists in Lagos State, Ikorodu alone has about 30 per cent. That is bad. Unfortunately, secret cults have shifted their base from the universities to our homes. Artisans, like vulcanisers, mechanics and others are now members of dreaded secret cults. Young boys in their teens are being initiated into cults and that is bad and it is a very dangerous signal and threat to the security of life and property in our society.

“All these cultists are being recruited by prominent people in the society, especially politicians and leaders, who use them to perpetrate evil in the society.

“In this vein, we must do something to stop this trend, because it is going out of proportion. The public transporters, including their unions and associations, have to be checkmated.”

Some people have accused the OPC of having cultists and thugs as members, but Adams vehemently denied such accusations. He said,
“For us in the OPC, under my leadership, it is a new dawn. We have got rid of all those with criminal tendencies in our group and we have a brand new OPC with educated members across board. So, as far as I am concerned, different leaders should train and retrain their followers. Insecurity in our society has huge implication for us as a country, especially in the area of tourism. It affects us badly because no tourists will come to an insecure and volatile country.

“The situation in Ikorodu at the moment will affect us definitely because it is sending a wrong signal to the entire world. All these killings are reflected in our newspapers, which are read globally. And, mind you, anything that affects Lagos, as the commercial nerve of the country, affects the entire country. The federal government should join hands with the Lagos State government and other security outfits to stop this senseless killings by the Badoo gang.

“I urge residents of Ikorodu never to take the law into their hands. In a civilised country, whenever a suspect is apprehended over a criminal act, he or she is handed over to the police for investigation. Lynching or killing a suspected criminal is outdated and we shouldn’t encourage jungle justice in our society. A situation whereby innocent citizens are killed over trumped-up allegations is absolutely bad and unlawful, therefore, we should be mindful of how we react to situations like this,” he counselled.

“I am happy that the police have done the needful. With the new strategy, I believe the issue of Badoo in Ikorodu will soon become a thing of the past,” he said.

Some members of the public are wondering, however, why men of the Lagos Neighbourhood Safety Corps have been silent and seemingly inactive since the outfit was launched by the state government.

Also, many peope have been warned to be wary as Badoo members now recruit new members by pasting VACANCIES FOR VARIOUS POSITIONS with LUCRATIVE AND ATTRACTIVE SALARIES for the public.

“These vacancies are usually printed on papers and posted at strategic locations in the state, with INSTRUCTION TO CALL THE PHONE NUMBER ON IT.

Once you call the number, they will tell you to meet them at a particular location for the interview. Once you get there, you would be forced to be initiated into the cult with instruction to go out and kill. Uncooperative job seeker are usually killed on spot. Please BEWARE OF ANY VACANCIES PASTED ON THE ROAD SIDE OR JOB AGENT.” the warning read.