Home News Feed NYSC Members Complain About Poor Welfare, Then Get Horrible Treatment | Photo
Facebook
Twitter
WhatsApp
Some members of the National Youth Service Corps were punished in a rather crude manner after being told to sit in the sun. 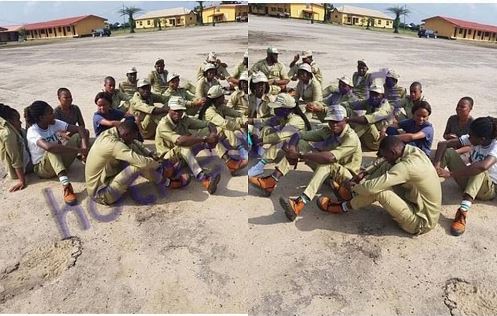 Some members of the National Youth Service Corps have been forced to sit under the sun in Command Day Secondary School, Ojo, Lagos, for complaining about poor welfare as punishment.
It is not very clear under what circumstance the situation took place, but many people have condemned the act as inhumane.
The photo of the corpers sitting under the sun was posted on social media. It is believed that the corpers were compelled to sit out in the sun by security men.