Deolu
A Nigerian pastor has landed in serious trouble after he was dragged to court for allegedly having carnal knowledge of a little girl. 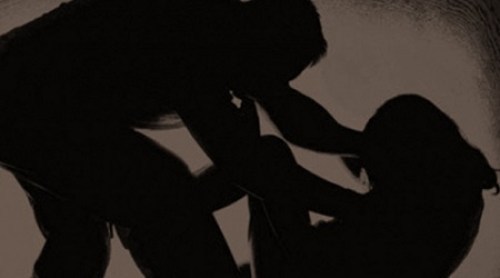 A Minna Magistrates’ Court on Thursday in Minna ordered the remand of a 33-year-old clergy, Paul Aderinwa, in prison for allegedly r*ping a minor.
Aderinwa was arraigned on a count charge of rape, contrary to section 283 of the penal code law.
The Police Prosecutor, Insp Gunduma Ibrahim, told the court that one Oluwatoyin Joseph of Gurara reported the matter at Kpakungu Police Station on June 28.
Ibrahim told the court that the defendant, also a resident of Gurara, invited the daughter of the complainant to his house under the pretext of sending her on an errand.
He said the defendant deceitfully lured the teenager into his room and had carnal knowledge of her.
When the First Information Report Sheet was read to the defendant, he pleaded not guilty to the charge leveled against him.
The prosecutor thereafter prayed the court for an adjournment to enable police him complete investigation into the case.
He, however, objected to granting bail to the defendant on the grounds that it would jeopardize investigations and that the offence was not ordinarily bailable.
The Magistrate, Mariam Kings, held that her court lacked jurisdiction to hear the matter.
She therefore ordered the police to forward the case file to the State Director of Public Prosecution (DPP) for legal advice.
Kings, however, ordered the defendant to be remanded in prison and adjourned the case to August 2.