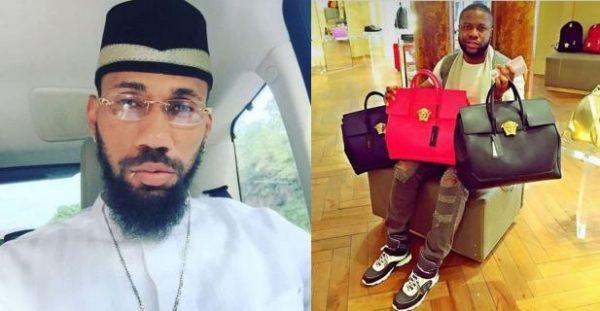 Phyno has slammed Malaysian based big boy, hushpuppi in another version of his previous epic rant.

In a new interview with Punch, the ‘Fada Fada’ rapper insisted that Hushpuppi is nobody and engaging in a public fight with him is simply a waste of time.

The drama between the duo started in June, when the Malaysia-based Nigerian rich boy shaded Phyno and Iceprince for patronizing fake products.

In this new interview, when talking on his diss with Hushpuppi, Physo said,

“It is very childish to brag about what I have.”
“I care more about touching lives in positive ways. It is not really about how much you have in your bank account but how many people’s lives you have made better. The good thing is that I have a track record and people know what I do. So it doesn’t really make sense for me to be exchanging words with someone who just came from nowhere and has no credibility whatsoever.”
Talking about his growth in the music industry, the rapper said,

“I am happy for how far I have come. My father never wanted me to become an artiste because he felt it wasn’t a good profession. But I decided to stick to my guns and I have proved that one can also have a good life with music. Now, people call on me to mentor their children and that couldn’t have happened years ago. Nigerian music has gone global and the future looks even brighter,” Phyno said.