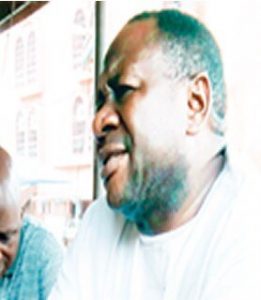 A medical doctor identified as Dr. Okafor Ikechukwu has been arraigned before an Enugu Magistrate Court for unlawfully  detaining a nursing mother and child in his private hospital located in Abakpa, Enugu, for a year and four months against their will.

The charge further read that “you Dr. Ikechukwu Okafor from April 2016 to 8th day of July 2017 at Divine Grace Hospital and Maternity situate at No 10 Nsude Street Garki Awkunanaw Enugu, in Enugu South Magisterial District, did unlawfully confine and detain one Chiamaka Ogbodo and her child Kosisochukwu against their will.”

He was therefore accused of depriving them of their personal liberty and thereby committed an offense punishable under Section 316 of the 1999 Criminal Code, Cap 30 volume.

The doctor however pleaded not guilty to the charge and was granted bail at the cost of N100,000 by presiding magistrate A.O.Eze.

Commenting on the issue, Chiamaka told NewTelegraph that she put to bed at the suspect’s hospital on April 10, 2016 but due to her family’s inability to pay all the bills at once, she was detaine

She said she lost her father in the process compounding her family’s financial challenge and that every appeal made to the doctor to even allow her to go and see the corpse of her late father before his interment fell on deaf ears.

She said it took the intervention of the national coordinator of Human Rights Volunteer Copse (HRVC), Mr. Larry Oguego, to use the police to rescue her from the doctor’s ‘cell’ on July 8.

She further alleged that while in detention, several attempts were made on her by the doctor and his friends to violet her sexually, but she resisted.