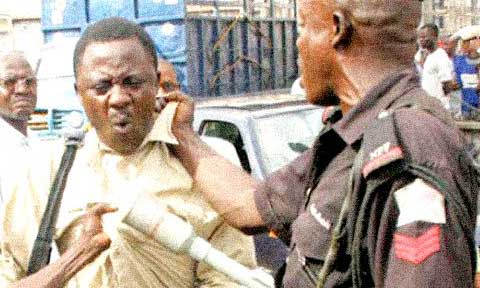 A 72-year-old man, Mr Emmanuel Ugba refused to go down with a good faith. He may be an old man but he has enough strength to resist arrest and assault two police officers.

On July 1, assaulted Sgts. Shange and Joy Abah, who served him a warrant to report at the police station were unlucky because he had given them something to always remember.

Ugba obtained N60,000 from one Mr Bem Tiga of Agber Village, Makurdi under the pretense of leasing a piece of land to him. Tiga reported the transaction to the police at ‘B’ Division Police Station, Makurdi, when the accused could not provide the land.

On investigation, the police found that the land on New Otukpo road; Makurdi was a subject of litigation.The officers returned to the accused with the warrant and instead of accepting the warrant, and the accused beat the two police officers.

The Magistrate, Mrs Felicia Ikyegh, however, granted the accused bail in the sum of N30,000 and a surety in the same amount.