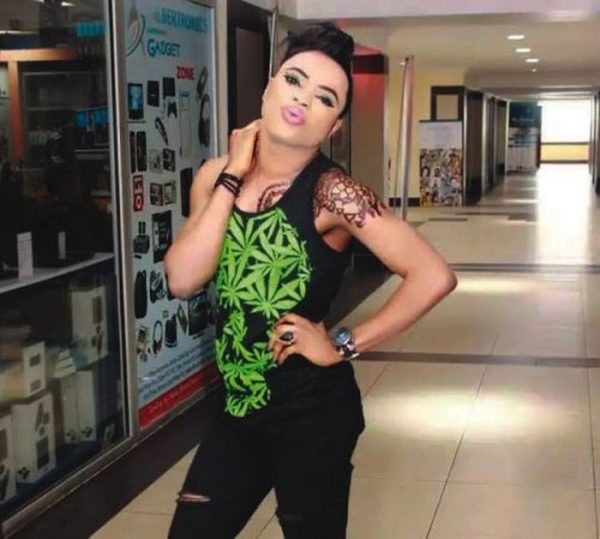 Bobrisky has declared that he’d be killing himself if peradventure his “mystery bae” breaks up with him.

The self-acclaimed king of Snapchat appreciated his bae who he claims showered him with some expensive items for his upcoming birthday.

He alluded to the fact that the gifts have not stopped coming from his sponsor who ‘stood by him’.

Meanwhile, The controversial cross dresser and social media figure, recently took to his social media page to express his love for hip hop star, Wizkid. But this won’t be the first time Bobrisky is openly expressing his attraction towards Wizkid.

Bobrisky previously made his affection towards the musician known in an interview with Accelerate Tv after he appeared on the cover of their Magazine.

In an Instagram post, he said he cannot hide his feelings for Daddy Yo- as he is popularly referred to by fans – and how he would love to attend one of his concerts just to prove his love for him.

Daddy Yo. I Can’t Hide My Feelings For This Dude. His Songs Are So Sweet. I Don’t Like Going For Concerts, But Honestly I Would Love To Attend One Just To Prove To Wizkid How Much I Love Him. Guys Always Listen To My Crush’s Songs O.