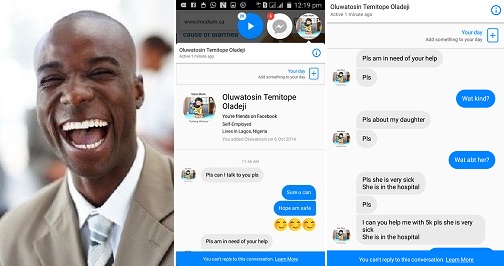 Apparently, the scammer claimed her daughter is seriously ill and she needs 20,000 for medications, but then, she’s got just N5,000 on her. Thus she needs more funds, so her daughter won’t die of the illness.

Then, the good Samaritan requested to know the nature of her daughter’s ailment, and the scammer revealed she’s suffering from “Imodium”… and funny enough Imodium is the name of a Diarrhea drug.

Read the convo below;