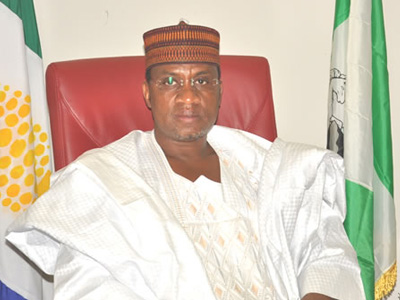 While speaking in an exclusive interview with DailyTrust, the Senator representing Zamfara Central under the platform of the All Progressives Congress (APC), Kabiru Garba Marafa, revealed that he is extremely rich because to him, richness is in the mind.
The Northern lawmaker said; “As far as I’m concerned, I’m richer than Aliko Dangote because the little I have is enough for me.  I have never put myself in a very tight situation.
“This is my sixth year as a senator and I’m still living in a rented house. I don’t have a house in Abuja but I believe when the time comes I’ll have it.”
Marafa, in the interview said he operates on a principle of 60 kobo and 40 kobo, and promised the people that voted for him that he would not steal the money meant for them.
“People voted me into this office. So, I should not just come here to serve myself and my children.
“What I promised people was that I’m not going to be perfect but on every naira I get, I’m going to spend 60 kobo on them and the remaining 40 kobo on myself. This is the principle that I operate. “