Home Sports Sanchez Fails To Go To Training With Arsenal
Facebook
Twitter
WhatsApp
Arsenal & Chilean forward, Alexis Sanchez has apparently refused to return to the club for the beginning of the season as transfer rumours about his future hold sway. 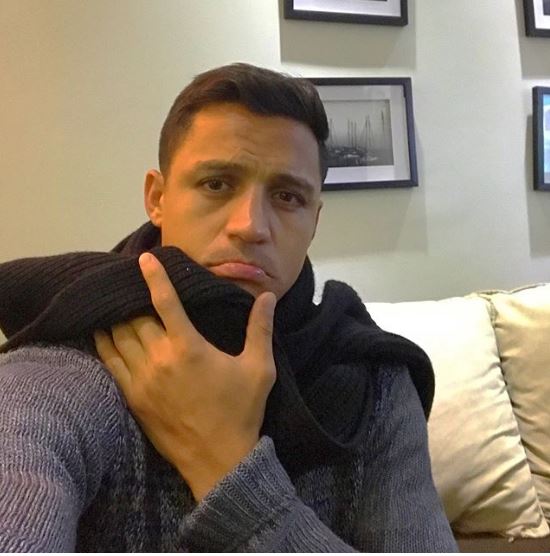 Alexis Sanchez in his ‘sick picture’
Wantaway Arsenal striker, Alexis Sanchez has posted a selfie to his Instagram page in which he claims to be “sick”.
The social media update comes less than 24 hours after Arsene Wenger revealed he expected the striker to report for pre-season training on Sunday.
Arsenal play in the Emirates Cup on Saturday and Sunday this weekend but the Chilean is not expected to feature after being given an extended summer break after competing in the Confederations Cup.
Despite ongoing speculation linking Sanchez with a move away from the Emirates, Wenger said on Thursday that the 28-year-old is due back at training this weekend.
“Alexis and Mustafi, their first training session will be on Sunday, the day we play against Sevilla [in the Emirates Cup],” Arsene Wenger told Arsenal Player. “They are practising on the day,” he added. 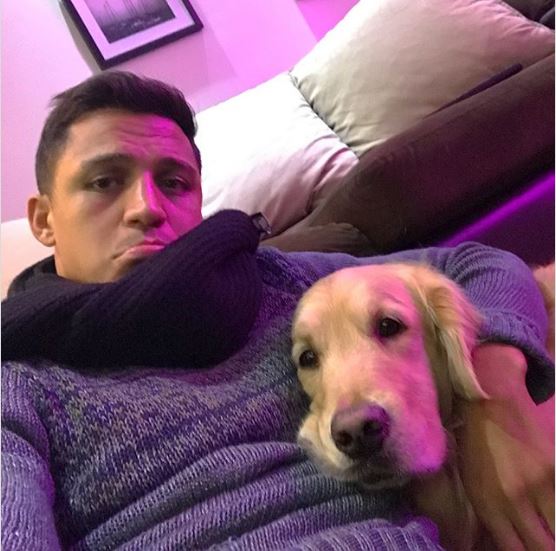 However if Sanchez’s latest Instagram post is anything to go by, the former Barcelona striker’s reunion with his Arsenal teammates could be in doubt.
A glum-looking Sanchez shared a selfie of him and his pet dog along with the caption “sick” and a series of medicine-themed emojis.
He also wore a long black scarf to add to the overall effect. The Chilean is consistently one of Arsenal’s hardest working players on the pitch and there is no suggestion the striker will miss training on Sunday, however the timing of the post has raised a few eyebrows.
Sanchez has been linked with moves to Manchester City and PSG this summer but Wenger has been unerring in his insistence that the club will not sell the forward.
“Yes, that is a continuation of what I said at the end of the season. That’s what we will do,” Wenger said.
“He adds great value to the squad and I think as well he is a great lover of the club.
“The players have contracts and we expect them to respect their contracts. That’s what we want,” Wenger explained.
“Nobody knows today if Sanchez will be on his final year of his contract next season, because he can extend his contract with us at the start of the season or during the season.
“So it is not necessarily the last year of his contract at Arsenal Football Club.”
Alexis Sanchez has one year remaining on his current contract with PSG and Manchester City both interested in signing him.
Source: Tori.ng