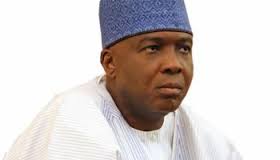 The President of the Senate, Dr. Bukola Saraki, and the Speaker of the House of Representatives, Mr. Yakubu Dogara, are ready to visit President Muhammadu Buhari.

A source, who declined to be quoted on the matter because he was not authorised to speak on it, said the two National Assembly leaders did not make any request before their previous visit to Buhari in London, United Kingdom.

“Only the Presidency can determine who sees the President. Saraki and Dogara can only be invited; they won’t lobby to see the President,” the source said.

It was gathered that some top leaders of the National Assembly had tried to visit the President, but it was unsuccessful.

Following the recent visits to the President in London, some of them have however been hopeful that they might be invited to see Buhari.

However, SUNDAY PUNCH gathered in Abuja on Saturday that there was no plan by the Presidency to invite leaders of the National Assembly to visit Buhari in London, where he has been receiving medical attention since May 7.

On Wednesday, seven state governors also visited the President on the platform of the Nigeria Governors’ Forum.

When asked by Punch Correspondence on Saturday if leaders of the National Assembly would also be allowed to visit the President in London, a Presidency official who spoke on the condition of anonymity said, “there is nothing to prove.”

“Is it a carnival or a jamboree? There is nothing to prove. Even the lawmakers themselves have gone on recess for eight weeks,” the source said.

The official added that the President of the Senate, Bukola Saraki; and the Speaker of the House of Representatives, Yakubu Dogara, had earlier visited the President.

When he was reminded that the two National Assembly leaders visited only during the President’s first medical trip earlier in the year, the source said, “it is the same health saga. There is no difference.”