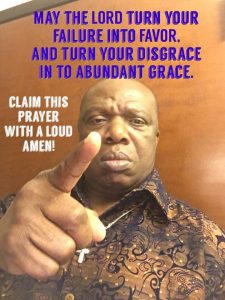 A court has sentenced a Queens pastor identified as Reuben Chizor’s to 15 years imprisonment for raping two girls in the basement of his church, Nydailynews reports.

The victims 12- and 14-year-old sisters and members of his Hope Restoration Ministries congregation in Queens Village. “The defendant took advantage of his position as a man of the cloth and the trust placed in him by his followers to satisfy his depraved desires.

“What the defendant forced his victims to endure was horrendous — and as punishment he now will be spending a lengthy term behind bars.” Trial testimony last month revealed that on July 27, 2011, Chizor took the 14-year-old victim to the church basement, where he lived, and raped her.

In July 2015, the girls confided in each other they’d been raped by Chizor, and police were notified.