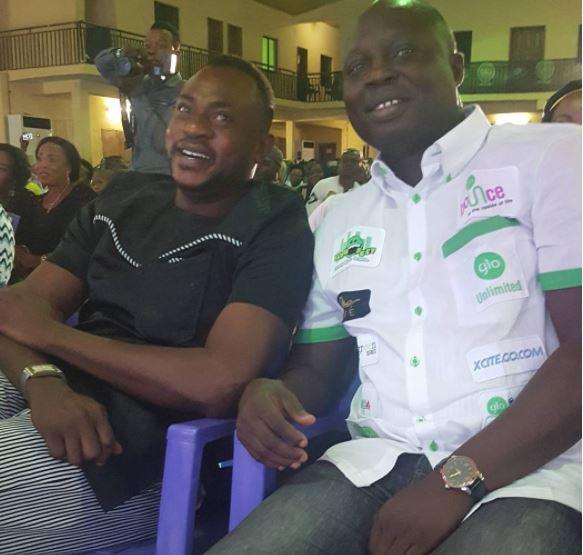 Nollywood actors, Odunlade Adekola and Bolaji Amusan were attacked by armed robbers as they were returning from a Glo Music show in Ijebu-Ode.

According to reports, their cars ran into the armed robbers who had laid siege along Ilishan-Sagamu road.

“we left Ijebu-Ode after the show and heading to Abeokuta, when at about 7.30 p.m. we ran into the armed robbers already stationed themselves on the road,” he said.

He explained that Odunlade was driving ahead of his car when he sighted the road block by the bandits. Odunlade attempted to make a detour, but the bandits rained‎ bullets on the tyres forcing the car to a halt, he explained.

Mr Latin, who drove in his Toyota Camry behind Odunlade’s Toyota Avensis, said he and his colleague, alongside some of their aides, had to abandon their vehicles and run into the bush.

He said they were in the bush for almost two hours, while the bandits ransacked their vehicles, carting away valuables including money and mobile phones.

“We ran as the robbers pursued us with guns. We were in the bush for about two hours, before we later regained freedom after the robbers left the scene,” Mr Latin stated.

He said some vigilante members later came to their rescue and they were taken to Ogun State University Teaching Hospital, Sagamu for medical treatment.

He said‎ the matter has been reported to the police and thanked God for sparing their lives.