See Man Set Himself Ablaze After His Wife Did This | Photos

Deolu
A Nigerian man has taken his own life after catching his wife having s*x with his errand boy in Delta State. 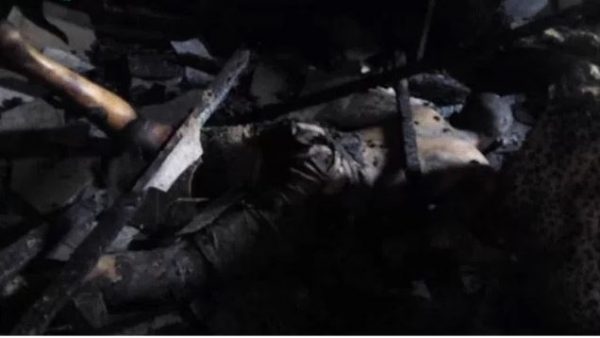 A middle-aged man at the weekend left many people in shock after he reportedly set himself ablaze over an allegation that his wife was sleeping with his errand boy at Owharen Street, Ovwian in Udu Local Council of Delta State.
The sad incident occurred on Friday inside the victim’s apartment, according to sources, led to anxiety among residents as the inferno spread to other apartments, destroying property worth millions of naira in the process.
It was gathered that the victim had in the past weeks threatened to kill himself after his wife was reportedly caught pants down with one of his male messengers in the area.
The source said: “On Friday when the man returned home, he locked himself, poured fuel on his body and thereafter light himself. He was burnt beyond recognition before help could come. 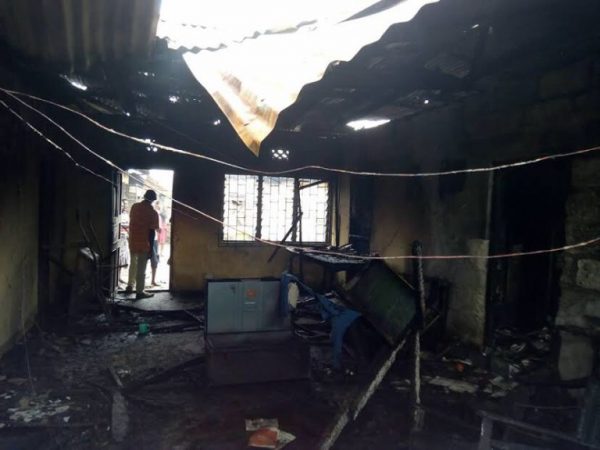 “Some few weeks ago, his wife, Blessing was caught pants down by their neighbours with a young boy who washes the Keke NAPEP of the man. The boy is one of the boys whom he usually sent on an errand in the area.
“Though the wife has since left his apartment, the man returned home that day, poured fuel on his body, barricaded himself inside his apartment with an iron bar and set himself ablaze”, the source told newsmen.
Another resident of the area said their action was drawn to the incident when a thick smoke was seen emanating from the apartment, which was fast spreading to other neighbouring apartments whose residents were already asleep.
Owner of the building, Mr. Nyonren Egharan, while lamenting the incident said: “When the fire broke out, I ran to where the fire started from, broke into the apartment and tried to rescue the victim who held on to a chair and insisted that he wanted to end his life.
“His action during the inferno that claimed his life fuels the suspicion that he may have set the house on fire by himself to reinforce the suicide argument. I sustained serious burnt from the raging fire while trying to rescue the victim.”
The landlord who claimed that all his life savings were consumed in the inferno appealed to the Delta State Government and Udu Local Council to come to his rescue to enable him start life again.
A source at the Ovwian-Aladja Police Station also confirmed the incident, adding that the victim had been evacuated to a nearby morgue.