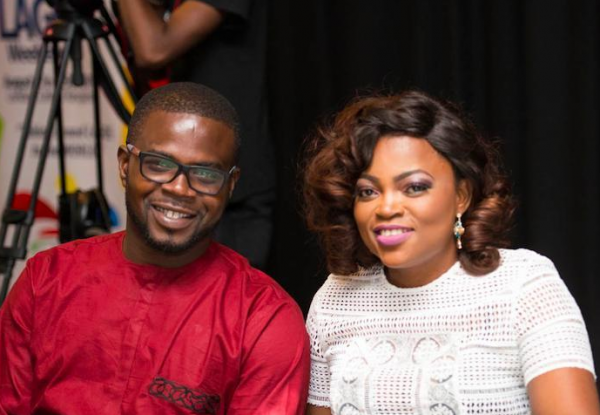 JJC Skillz, the husband of the multi-talented actress, Funke Akindele, has spoken up to clear the air surrounding her pregnancy rumor.

Funke Akindele’s husband had taken to his Instagram page to share a message propelling people towards the thought of the beautiful actress being pregnant with twins.

The Halleluyah Challenge was reportedly mentioned in this message and this got people talking. The news spread like wild fire with many of her fans jubilating and wishing her well.

However, the husband of the actress went back to explain things as he saw that people were hopeful and were giving the news a lot of attention.

He then confirmed to Punch that his wife is not pregnant and he only made his outburst out of faith.

Check out what he said below:

“To God be the glory it would come to pass. My post on Instagram about my wife having twins was a prophecy from Olowogbogboro. Nathaniel Bassey came online and he had the prophecy, so I just tapped into it. If you look at my tweet, you would see what I wrote, I said I heard this news where he gave a big testimony, he gathered people around to pray for my wife and he said that he had a vision that she would have twins and that he will be invited to the naming ceremony next year. I received the good news and I pray it comes to pass.”