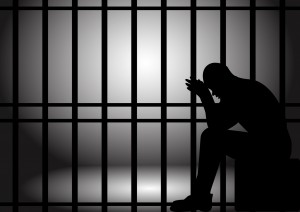 A retired police Deputy Superintendent of Police, identified as Christopher Archibong, was remanded in prison custody in Calabar for allegedly raping a nine year-old girl.

The suspect, Archibong, who is also the General Overseer of the Family Prayers Network Centre in Calabar, was remanded by Chief Magistrate in charge of Magistrate Court 7 in Calabar, Mrs. Ochinke, pending his formal arraignment in the family court or High Court by the state Ministry of Justice.

The state Police Command had on Thursday paraded Archibong alongside 62 other criminal suspects at the command’s headquarters in Calabar for defiling the nine year-old girl.

State Commissioner of Police, Mr. Hafiz Inuwa, said the retired traffic warden committed the crime on May 31, 2017 in Calabar.

Inuwa explained that the suspect lured the victim into his uncompleted building to go and park woods for him, adding that Archibong threatened to kill the little girl when she initially resisted him.

“On June 5, 2017, when she could no longer bear it, she informed her mother of the incident and the case was reported to the police on June 7, 2017. Upon his arrest, the suspect confessed to the crime and he will be charged to court soon.”

But in an interview with Southern City News on Thursday during the parade, Archibong denied the allegation, saying it was a set up.

He said, “I was set up by my close neighbours who got jealous of me after I bought a piece of land to build my house. I retired as a DSP in February this year; I am a law-abiding citizen of Nigeria. I did not rape the girl as it is said,” he said.

When asked why he confessed to committing the crime in his statement, Archibong simply said, “I was under pressure, so, I had to admit.”

He said, “Many attempts to compromise the investigation were thwarted by the Basic Rights Counsel Initiative with the support of the wife of the Cross River Governor, Dr. Linda Ayade.”

But a worshipper in the suspect’s church, who craved anonymity, said their spiritual leader would soon be vindicated.

She said, “Our man of God is going through persecution and very soon God will put all his detractors to shame because he will receive deliverance from what the devil wants to do to this ministry.”