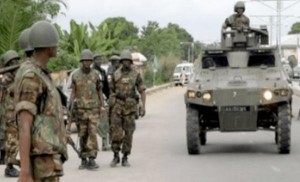 The UN Security Council has appreciated efforts by the Multi-National Joint Task Force (MNJTF) to combat Boko Haram and called for support by UN member states for the team.

The Security Council President for the month of July, Liu Jieyi, in a  statement, expressed the body’s concern over the threat of terrorism in the Lake Chad Basin.

Liu  condemned all terrorist attacks in the West African sub-region, especially in Northern and Central Mali and the Lake Chad Basin by Islamic State in Iraq and Boko Haram respectively.

He expressed concern over attacks on civilians, the primary victims of terrorist violence and urged a holistic approach to degrade and defeat the terrorists in compliance with international law.

“The Security Council encourages member states and multilateral partners to lend their support to the MNJTF to ensure its full operationalisation.

“This includes the provision of modalities to increase the timely and effective exchange of intelligence to further the region’s collective efforts to combat Boko Haram, whenever possible and appropriate,” Liu said.

He expressed the commitment of the Council to work through the UN Office in West Africa and the Sahel (UNOWAS) to strengthen cooperation in addressing cross-border security threats and curbing the spread of terrorism.

“The Security Council notes the collaboration undertaken between UNOWAS and the Peace-building Commission and encourages continued close and effective cooperation in support of sustainable peace in the region,” Liu said.

He said the Council noted the dire humanitarian situation caused by the terrorists’ activities in the Lake Chad Basin.

He called on the international community to “immediately support the provision of urgent humanitarian assistance for the people most affected by the crisis in Cameroon, Chad, Niger and Nigeria”.

He urged regional governments to facilitate humanitarian access and to work with the UN in developing aid delivery options.