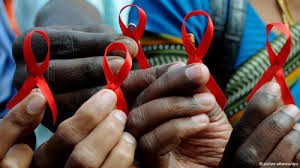 The World received as good news as  a Nobel Laureate, identified as Prof. Francoise Barre-Sinoussi,confirmed that there is an ongoing to develop a universal cure for HIV and cancer through collaboration.

Barre-Sinoussi, a co-discoverer of the HIV, said this in Paris while conducting some select journalists on a tour of the sophisticated laboratories at Institut Pasteur.

Barre-Sinoussi and Luc Montagnier co-discovered the HIV in 1983.

She also stated that the HIV Cure and Cancer Forum would on Saturday be inaugurated at the Institut Curie in Paris.

“Efforts are now underway to determine if these cancer therapies can be used to build up the immune system of patients with HIV.

“This will be in such a way that HIV patients can achieve a durable and perhaps life-long treatment–free state of remission,’’ she said.

The former IAS President said that many of the key immune pathways now being therapeutically manipulated to cure cancer were first discovered in studies of chronic viral infections, particularly HIV.

“We know that controlling HIV in the absence of therapy will require the generation and maintenance of powerful CD8+ or Killer-T cells that can target vulnerable parts of the virus.

“The challenge is remarkably similar to that in oncology where the goal of innovative therapies is to generate Killer T cells that recognises and clear cancer cells.

“Timothy Brown is the only person cured of HIV, and this was due to the work of a highly resourceful team of Oncologists.

“His case illustrates that we need to do more to incentivise scientists to work across diseases and to ensure that research funding allows these synergies,’’ she said.

The Emeritus Director of Research at Inserm expressed optimism that synergy would continue to strengthen the sciences and research.

IAS President, Prof. Linda-Gail Bekker, on her part, said that continued support for research was essential.

She said the gathering in Paris would be used to inform the global community that research cuts would reverse the progress made against HIV and put more lives at risk.

NAN reports that among those who led the IAS team round the laboratories were Prof. Olivier Schwartz, Head of Virus and Immunity Unit and Dr Asier Saez-Cirion, the Team Leader, HIV and Inflammation Unit.