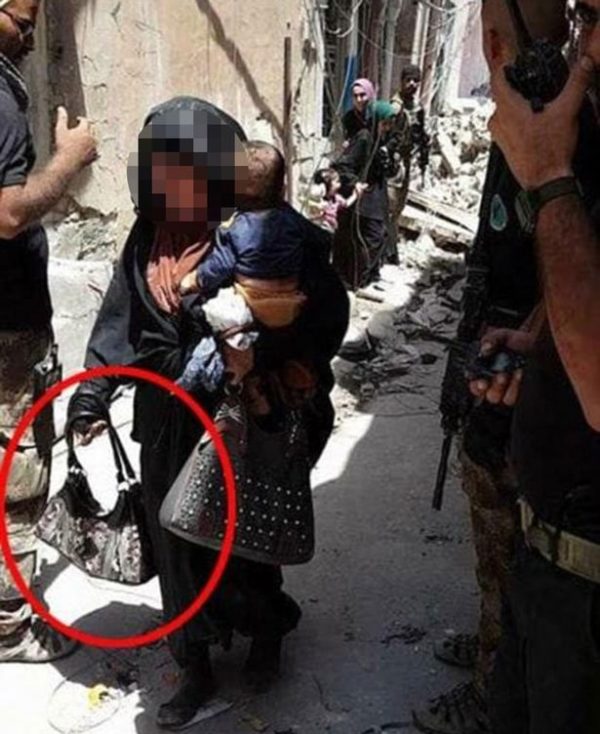 A female Suicide bomber was pictured moment before she and her baby was destroyed by the bomb at Iraq.

The picture was taken at the ravaged city of Mosul, Iraq, the woman holding her infant was walking past the Iraqi soldiers trying to blow her, her child and the soldiers.

But fortunately the bomb did not set off.

It later exploded a distance away from the Iraqi Soldiers, killing both her and her child.

It really was a tragic incident as their body remnants were littered everywhere in the area.

The woman wearing a black hijabi whilst carrying her baby and two handbags, one of the handbags contained the bomb