Nigerian footballers have become more and more prominent on the global stage and this has led to an increasing number of them becoming financially rewarded for their talent. 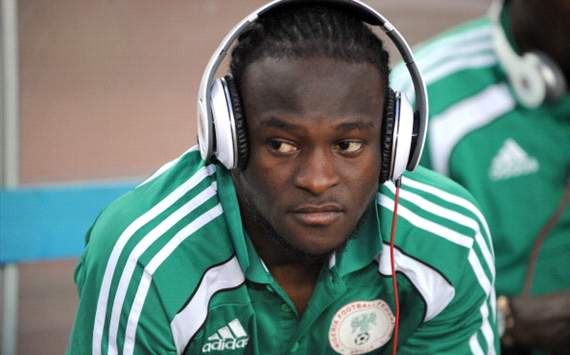 With the likes of Victor Moses, Mikel Obi, Odion Ighalo, Kelechi Iheanacho and more… these sportsmen are making big bank every year.

Victor Moses last season signed a new contract with Chelsea which more than doubled his weekly wages at the club.

With that wage, the 26-year-old is the highest paid Nigerian player plying his trade in Europe. The only Nigerian players who earn more than him are the China-based duo of John Mikel Obi and Odion Ighalo.

Mikel Obi earns £140, 000 per week at Tianjin TEDA while Ighalo reportedly gets around £200, 000 at Changchun Yatai all in China. At £110,000 every week, Moses per annual earnings from Chelsea are said to be around £5.2 million. It remains like this after tax when you add his match, travel and goal bonuses.

In Naira that’s about N2 billion. In May 2017, the Super Eagles star was unveiled as the ambassador of Opera Mini as the web browser intensified moves to penetrate the African market. That deal will net Moses £75, 000 (N35 million) every year as face of the web browser, Pulse reports.

Moses is also endorsed by Nike, a deal he earns about £25, 000(N11.7) from every year. He was with Adidas before making the switch to Nike. He has also had endorsement deals with the likes of EA Sports, makers of FIFA and Samsung.

The forward can also get around $25,000 (N9 million) a year as matchday allowances, bonus, and camping allowances for Super Eagles duties.

For an Africa Cup of Nations (AFCON) or FIFA World Cup qualifier, each player of the Super Eagles of Nigeria gets $5,000 (N2 million) at the official rate obtaining at the time of the match and N50, 000 per day for daily allowances.