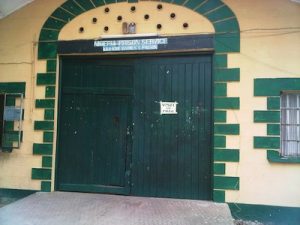 As  part of initiatives of the Nigerian Prisons Service (NPS) at de-congesting the prisons, 100 inmates were released from the Kirikiri Medium Prison on Thursday.

This was confirmed by the Controller of Prisons in Lagos State, Mr Tunde Ladipo, told newsmen in Lagos that most of the affected inmates were arrested for minor offences ranging from street trading to wandering.

The prison boss said that a philanthropist, who pleaded anonymity, offered to settle the fines meted on the inmates.

“Most of them were arrested on minor offences but because they cannot afford the fines they were remanded.

“The prison is congested already and we needed to de-congest it,” Ladipo said.

He advised the inmates to stay away from crime-prone areas and engage in legitimate jobs in order to stay out of prison.

Pastor Taiwo Olaoye, who represented the philanthropist, urged the inmates to be good ambassadors of their families and the country.

He assured that the beneficiaries would be trained in various vocations to make them self-reliant.