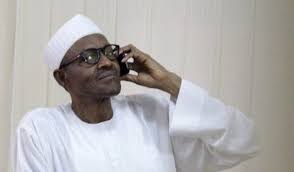 President Muhammadu Buhari on Thursday called the Governor of Osun State, Rauf Aregbesola, to commiserate with him  over the passing away of his mother, Saratu Aregbesola.

In a telephone conversation, President Buhari expressed sympathy with the governor, describing his mother “as a great woman who was the pillar of discipline to her children.’’

The president said the matriarch of the Aregbesola family deserved great honour for “the sacrifices she made to bring up her children on the path of sound moral character and commitment to good reputation.’’

President Buhari said the governor’s mother contributed immeasurably to the building of a respectable pedigree for her family by raising disciplined and humble children like Governor Aregbesola.

He prayed that Allah would bless her soul and reward all her good deeds with paradise, and also comfort the family she left behind.