The former Commissioner of Police in Lagos State, Mr James Danbaba, is dead, the death was confirmed by a family member, Clement Dah, who confirmed the death, disclosed that Danbaba died on Sunday at the Military Hospital, Ikoyi, Lagos, after a brief illness.

He added that burial arrangements will be announced by the family shortly.

Born in Demsa Local Government Area of Adamawa on January 30, 1943, Danbaba joined the Nigeria Police as a Cadet Sub-Inspector in 1963 and rose to the rank of Commissioner of Police until his retirement in 1998. 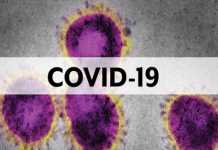