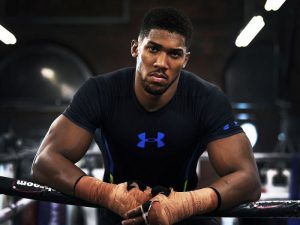 Anthony Joshua and Amir Khan have settled the disagreement between them, Joshua was accused of having an affair with Khan’s  wife, Evening Standard reports.

Joshua was responding to a tweet by Khan that said, “Glad all is cleared up and all lies. I got angry like any man would. No truth to it. Good to know. All the best.”,

Khan’s wife had earlier written publicly that her husband was misled into accusing her of having an affair by fake screenshots of messages between her and Joshua.

A week on from a Twitter row in which they announced that they had split, Faryal Makhdoom said the whole thing was a “misunderstanding”.

She posted online this morning, “I’ve been quiet for some time… because I myself didn’t know what’s going on. Everything that’s going on is just not right and a complete misunderstanding.

“The screenshots sent to Amir were ‘fake’ and Amir thought Joshua and I were speaking… when we have never even met. Anger took the better of him and he tweeted away without thinking there was absolutely NO truth to it. It’s all cleared up with both teams no and again, there was NOTHING like that going on.

“Apologies for all this nonsense. Let’s get on with life now.”

The pair’s respective softer stances marked a shift from the angry spat that broke out between the boxer and his estranged wife last week, when they announced their split in a series of increasingly furious tweets.

Khan then went on a series of nights out in Dubai, but tweeted this morning, “I partied in Dubai with friends to get my wife angry. Shouldn’t have. That’s not like me and I’ll prove that.”

Khan, 30, wrote last Friday, “So me and the wife Faryal have agreed to split. I’m currently in Dubai. Wish her all the best.”