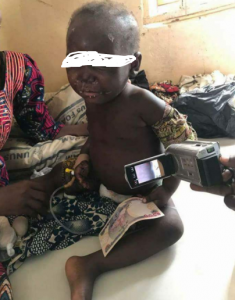 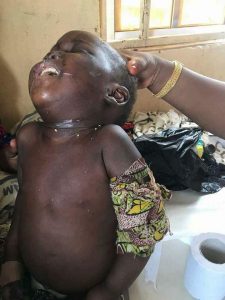 An NGO in Kaduna state is demanding justice for two-year-old Meimunat Shehu, who was brutalized by her father, according to reports, he raped her and also sodomized her.

Meimunat is currently at the state hospital receiving medical attention.

The NGO is calling on the government to ensure that Meimunat gets justice, as her father’s family members are trying to cover his crime up by claiming he is mentally ill.