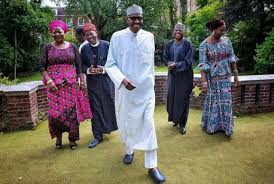 The Presidential media team, visited President Muhammadu Buhari on Saturday at Abuja House in London, the president reassured his team that there was tremendous improvement in his health.

Mr Femi Adesina, the Special Adviser to the President on Media and Publicity, who was part of those who visited Buhari in London, said this in a statement issued in Abuja on Saturday.

Adesina quoted the president as saying that although he wished to return home, he could only return to Nigeria based on his doctors’ advice.

“I’ve learnt to obey my doctor’s orders, rather than be the one issuing the orders. Here, the doctor is absolutely in charge.

“I feel I could go home, but the doctors are in charge. I’ve now learnt to obey orders, rather than be obeyed,’’ the statement quoted Buhari as saying

On how he felt hearing different conjectures about his health, the president said he followed events at home closely, lauding Nigerian television stations and the media for keeping him informed.

When told that prayers were going on for him, not only in Nigeria, but all over Africa and round the world, he said: “What we did in The Gambia early this year fetched us a lot of goodwill on the African continent.

“It gave us a lot of latitude. I thank all those who are praying. May God reward them.’’

President Buhari sent appreciation to all Nigerians, expressing hope that he would be with them soon.

Among those who visited Buhari at the Abuja House in London in recent times included Acting-President Yemi Osinbajo, state governors, leadership of All Progressives Congress (APC) and some prominent Nigerians.