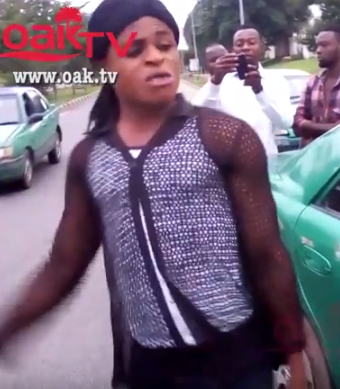 There was mild drama in the Wuse area of Abuja earlier today as an openly gay Nigerian cross dresser exchanged words with a taxi driver. The driver identified as Israel had accused the cross dresser of attempting to seduce him. In the video making the rounds on social media, Israel said

“When I was coming from Area 1, the guy stopped me. He said that I should take him to heritage. I now told him it is N500. He said don’t worry I will pay you.  He sat at the back. Later he said he wanted to sit in the front.

When he sat, he started to say that everywhere is dry, that he should go and feel me, that anything I like he will do. I now told him that lets go but I already know he is a man. I now matched brake and gathered crowd for him. He started beating me” 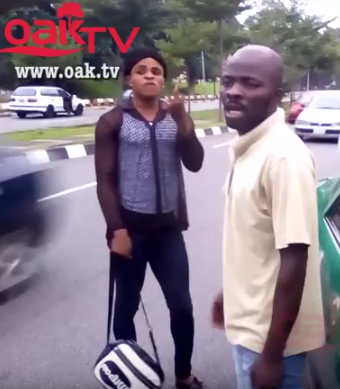