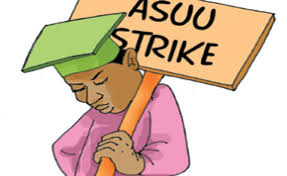 Four days after the Academic Staff Union of Universities, ASUU, declared an indefinite strike action, the Nigerian Senate has expressed its disappointment and displeasure over the decision made by the union.

Speaking to journalists on Wednesday, the Chairman of the Senate Committee on Tertiary Institutions and TETFund, Senator Jibrin Barau, revealed that the incessant industrial action embarked upon by academic unions is one of the top reasons why public office holders prefer to send their children to study abroad.

He further expressed his disappointment at the call by some Nigerians to stop government officials from sending their wards abroad to study.

Speaking on the call, the Senator insisted that Nigerians need to study outside the shores of the country to have socio-cultural exchanges and integration with other countries.

Barau said: “Making a law to bar people from taking their children outside to study is something that will not be good for our country. We know that it is always good to mingle with people from other parts of the world when it comes to the issue of education.

He however urged the federal government to develop Nigerian Universities and educational institutions to the level which mirrors international standards.

Barau further lambasted the leadership of ASUU calling for the strike to be called off. He stated that the union did not consult with the legislature before embarking on the downtool.

He said: “We captured some aspect of their grievances in the (supplementary) budget we passed immediately after the negotiation was concluded. They raised the issues that had to do with their allowances. The allowances were captured in the supplementary budget that we passed as of that time.”