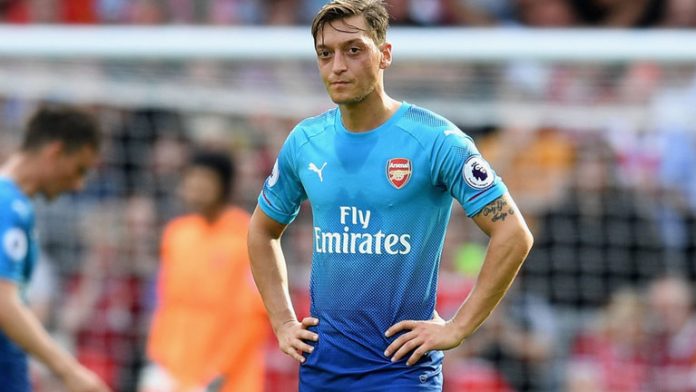 Arsenal playmaker, Mesut Ozil, has apologised to the club’s supporters, after their 4-0 hammering at Liverpool on Sunday.

Goals from Roberto Firmino, Sadio Mane, Mohamed Salah and Daniel Sturridge made it a miserable afternoon for the Gunners, who sit 16th in the table with eight goals conceded in three games.

Ozil was among a number of key Arsenal players criticised for their lack of effort by Gary Neville after the defeat at Anfield.

And the German international felt compelled to apologise to fans on social media.

“Blame us, shout at us, criticize us, but I’m also very disappointed about today’s game. We wanted to achieve a positive result before the international break but we were simply not good enough during the 90 minutes and Liverpool deserved the win without a doubt.

“Usually I’m too angry to post on social media after such frustrating days like today, but I don’t want to let this match go uncommented before traveling to the DFB Team.

“Nevertheless… Gunners, I’m sorry – especially for the fans who travelled all the way up to Liverpool to see us fighting. But we will try everything to improve in the next game and bounce back from the disappointment we are all feeling at the moment,” Ozil wrote on Instagram.