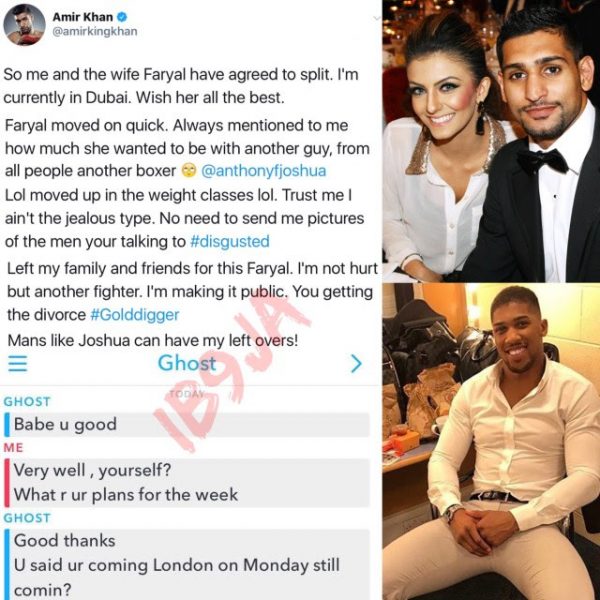 AMIR Khan has split from wife Faryal Makhdoom and accused her of cheating on him with boxer Anthony Joshua, according to a string of explosive Twitter posts.

The pair became embroiled in a bitter Twitter spat this afternoon as Amir, 30, appeared to accuse his wife of running off with Joshua – before she fired back calling him a “cheater”.