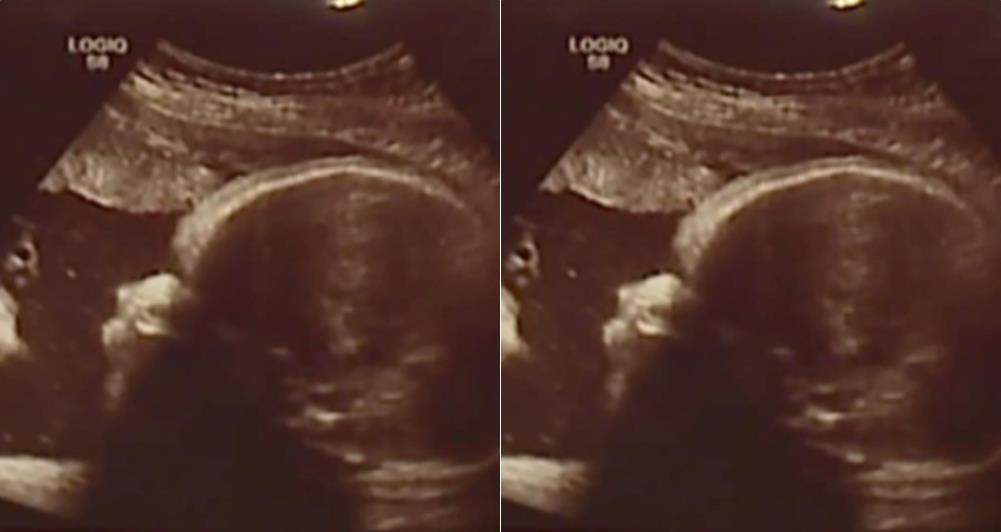 A couple in the United Staes claim that they can see Jesus Christ watching over their child in a pregnancy ultrasound.

The couple in Pennsylvania said a man dressed in a robe with a crown of thorns is looking at their baby from the far left of the image.

Mother Alicia Zeek while speaking to a local news station said; “When they gave it to us, um, to me it’s Jesus,”

She said the ultrasound gave them comfort after complications with two other pregnancies.

The couple’s previous son and daughter were both born with birth defects.
Their first daughter has pre-axial polydactyly – she had two thumbs on one hand – and their second child was born with a cleft palate, they told Fox 43.

ZACHARY SMITH, THE FATHER, SAYS THAT ALTHOUGH THE FAMILY IS NOT PARTICULARLY RELIGIOUS, THEY SAW THE IMAGE AS A SIGN FROM ABOVE.

“The angel or God or Jesus, however you want to propose it, I look at it as my blessing,” Mr Smith said.
“When I seen it, it almost brought tears to my eyes. I was speechless, I just couldn’t believe it.”

Baby Briella was born on Wednesday. Mother and daughter are healthy and doing well.