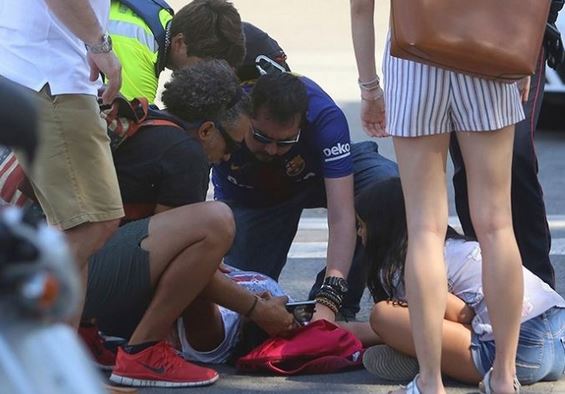 Real Madrid striker, Cristiano Ronaldo, has put rivalry aside to mourn the victims of the terror attack in the Spanish capital.

Taking to his twitter account, he wrote: ‘Dismayed by the news arriving from Barcelona. Full support and solidarity with the family and friends of the victims.’ 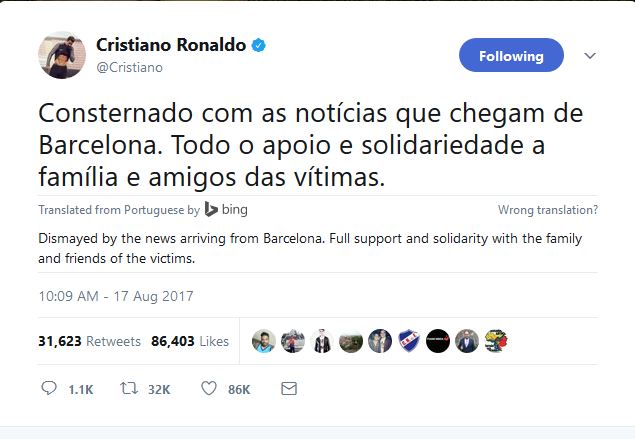 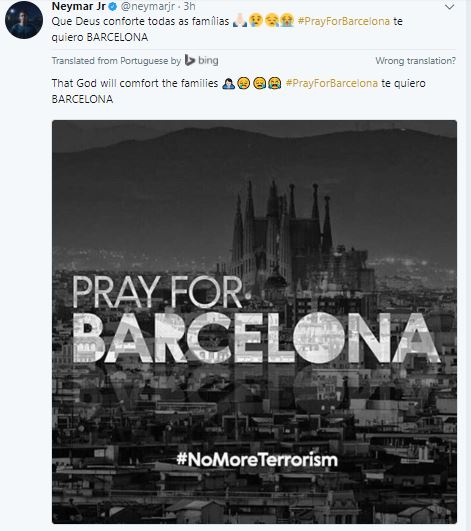