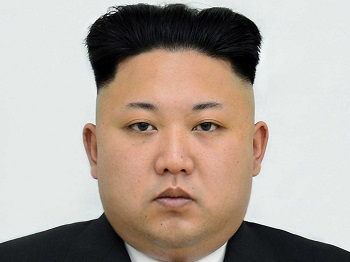 North Korea fired three short-range ballistic missiles Saturday, the US military said, reviving tensions with Washington after President Donald Trump had said Pyongyang was starting to show some “respect”.
The launches come as tens of thousands of South Korean and US troops take part in joint military drills in the south of the peninsula, which the North views as highly provocative.
Following an initial US assessment saying that two of the missiles had “failed in flight”, a spokesman for the US Pacific Command later said the two weapons had not failed but “flew approximately 250 kilometres (155 miles) in a northeastern direction”.
One of the three missiles blew up “almost immediately”, with none of the weapons posing a threat to either North America or the US territory of Guam, the spokesman said.
Lee Il-Woo, an analyst at Korea Defence Network, said the launches represented a “low-level provocative act” carried out in response to the US-South Korea exercises, which are seen by Pyongyang as a rehearsal for an invasion of its own territory.
The joint exercises started Monday at a time of heightened tensions between Pyongyang and Washington after two successful intercontinental ballistic missiles (ICBM) launches carried out by North Korea last month apparently brought most of the United States into range for the first time.
Analyst Yang Uk at the Korea Defence and Security Forum told a reporter the latest launches by Pyongyang were “carefully calibrated… to avoid revving up tensions too high beyond its control”.
The launches, which took place over a span of 30 minutes, came as North Korean state media reported that leader Kim Jong-Un oversaw a military exercise simulating a special forces assault on South Korean border islands involving aircraft, “multiple-missile launchers” and howitzers.