I didn’t diss Kcee in my song –Harrysong 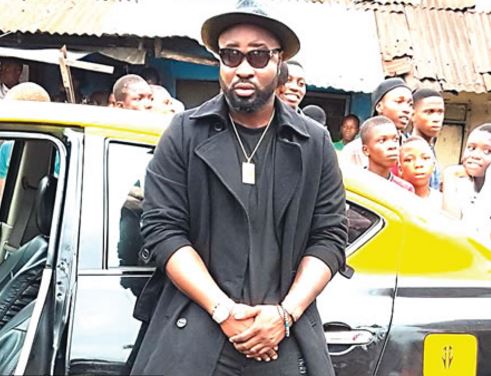 Harrysong is one singer that has successfully carved a niche for himself with his style of music which is a fusion of afrobeat and highlife. In the midst of his controversial exit from his previous record label, Five Star music, to establish his own record label, Alterplate, the singer released a song, ‘Aranbanko.’

As nice as the song may be, not just a few feel that the artiste dissed Kcee in the song. But when Saturday Beats recently caught up with the singer during the 14th edition of Media Meets with Harrysong session organised by Bob Alesh, Harrysong said he didn’t.

The Reggae Blues singer was quick to state that he is a man of peace but his issue with Five Star music was blown out of proportion. He claimed his new song is not a song aimed at insulting his former employers.

“If you have listened to some of my songs, you would notice that they have stories. I use my songs to tell stories. I think so far, the deepest song I have sung is Reggae Blues. The truth is that Reggae Blues was meant to be the kind of song that would make you just sit down and think about your life but we turned it into a song that would make you dance and forget about your sorrows. In the chorus I said, ‘Even your boo has a boo’. Is that good news? My new song, Arabanko is not a diss song. It is just a feel good song from a deep mind. It is just a happy song,” he said.

Harrysong also exposed his weakness when it comes to music. The artiste said that he could dabble into any genre of music except one. “I cannot rap to save my life. The few times I tried it in the privacy of my house, my friends told me to shut my mouth because I was just doing rubbish. I can handle all other genre of music except rap,” said the singer.

Shortly after the death of Nelson Mandela in 2013, Harrysong wrote a tribute which later became one of the most downloaded caller tune of the year and it earned him a lot of money as well as awards and accolades.

He told Saturday Beats that it was a very emotional period in his life and at a point, he began to cry.

Harrysong said, “That was the first time I experienced two new things in my life, because at that point I was going through a lot in life. It was a period when I was writing a lot of songs for people and when someone said I should do a tribute for Mandela, I replied that I had never met him before in my life but I heard the news of his death on the television. So many artistes had done various songs for him but I remember that on that day we were waiting for someone to come for their studio session,  I was advised to seize the opportunity and sing the tribute song for Mandela because I was inspired by his story and he was not only loved in South Africa but the whole world.

“After a week I was informed that the song had trended on social media and I was also told the amount it had fetched. I remember that I was in my house when my manager called me to tell me the good news and eagerly said that we were going to the Grammy award because of the song. He shouted, ‘see money’ and we were very excited about the development.  He told me to leave my house and meet him at a location fand rom there we went shopping and he took me to some other places. From there, I was supposed to perform somewhere in the north and I was crying all through that journey. I remember that Kcee had tried several times to get me a pass for Headies award,  but with that song, I won an award. It was a privilege to sing the song.”

Well, celebrities sure do not have time for any disrespect from trolls. Five Star Music act Kcee, has put a troll in his place after...
Read more
- Advertisement -