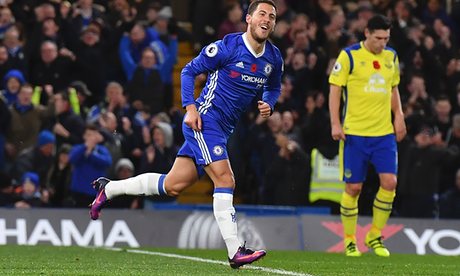 Chelsea forward, Eden Hazard, has reached out to Barcelona about replacing Neymar.

On Thursday, Neymar completed a world-record €222million to Paris Saint-Germain, breaking up the attacking trio he forged with Lionel Messi and Luis Suarez.

Don Balon reports that Hazard is now very keen to replace the Brazilian at the Camp Nou.

Hazard is believed to be one of the players Barca is eyeing.

Liverpool playmaker, Philippe Coutinho is a well-documented tardownload, and the Catalans have seen their first bid rejected.

The Catalan club has identified Tottenham’s Dele Alli as another option.

The La Liga giants will likely spend most of their windfall, to prise any of the three Premier League stars from their clubs.