Home Trending What my fiance did for me after breaking my leg in an...
Facebook
Twitter
WhatsApp 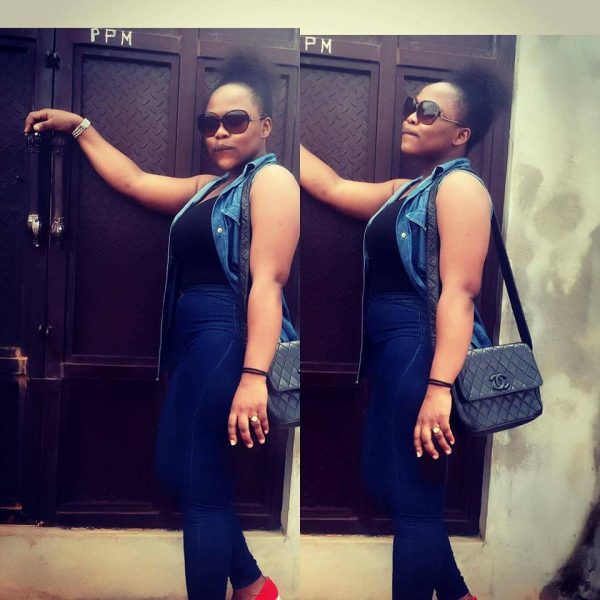 A lady has shared a touching story about her fiance stood by her in trying times after being involved in an accident which left her bone broken.

Despite her condition which left her bedridden, her man never left her side even when he was told to as he also took care of her hospital bills and other expenses.

It’s a long story I hope someone gets inspired with it.Am a young girl in her early twenties,I went to Delta state university Abraka. In the year 2013 I got admission in to the university but due to some financial issues was almost loosing hope then our part cross.

I met this young Man Kc on a friends birthday party we got talking exchange numbers,each time he calls we spend time talking from there I told him about the problem I was facing at that time he said don’t worry I will pay your acceptance fees will get an accommodation for you then before the time runs out .

I will raise your school fees he said I was shocked because he was just 22years just finished school but already working and also his from a wealthy home so I told him to come to my house to talk to my mum so she don’t feel I am on the street now.So he came talked with my mum and told her I will see your daughter through school, will pay her fees ,pay for her accommodation, buy her books give her feeding money with God on my side will do all that. My mum said no but after much crying from me she accepted I got in to school 2013 with all his helps I never lacked for one day .We started dating officially 2014 still yet nothing changed he kept to his words so it was my turn to keep to mine,I told God give me the strength to be Faithful to find reasons every new day to love this young man not because his helping me but the fact I want to do so.

Hmmmm it was not easy with all the temptation in the university I still stood my ground because all he has ever asked me apart from sex which I gave willingly to him he asked me to me truthful always and faithful that’s all he asked which I feel was not too much so placed my priorities straight.

I am here for school and I have a man waiting for me back home,fast forward to 2016 I was in my finals my second semester in my room a friend came in to my room asked me to go with to the market we left on our way back home we had accident. Dear I could not believe my self I broke my left femur 2months to my final exams my project was not completed either I could not cry I just watched as my life turned around,but I told my self I will write this exam I will finish my project too so I started treatment in school my bad. I went for native treatment because I was sacred of the scar I will have from the surgery but I was so wrong because from April till July 4 the bone did not heal with the pain and all I finished my project.

My people asked me to come home I told them no that I will write this exam which I did I was carried to the exam hall the last day when my mates were shouting. I was crying but I was still happy that I am still alive I came back home with my broken bone with hopes it will heal if I changed my place of treatment so August 13th .I went for a new native treatment we were asked to bring one hundred and fifty thousand after much begging.

My man agreed to pay he never left my side for once he stood by me he was at every prayer house for me ,he kept saying to me in my sick bed” you will be fine ,I am not going anywhere no matter the out come”. Let me not lie I did not believe I thought my life has ended that I can never walk again from August till January25th 2017 I was still in my bed the bone was not healing, so on January 25th I called him I told him how I appreciate all he has being doing from 2013 till date how he stood by me even with his friends and some family members telling him how a liability I am to him he still stood by me ,that he should not waste his time on me that I can’t walk again he should go and live his life. I gave him reasons why he should go and stop helping me after talking he said no Wahala if that’s what you want but I made a promise to God and I intend to keep it until I find a solution ,I am not leaving you like this.

February 4 I checked in to a private hospital because I was so sick getting to the hospital the doctor said I will run different types of text and I will go for another X-ray for my broken bone which I did and the MD of the hospital brought a consultant and he told us he can operate on my leg that it’s not damaged yet but might be short due to the delay that it all depends on what he sees when he opens up,we asked how much he said eight hundred thousand, my mum started crying how can we come up with such amount of money and My man came up and said ” I sold one of my properties ,I have payed already “.

Jezzzzz I could not believe it God did it again, so February 4 I went in for my surgery after 7 to 8 hours I came out with pains but alive again I was moved to a private ward which I stayed for three weeks because my man said please let her stay, so she can be taken care of so no complications will come up after a while the doctor said I am fit to go with my surgical cast but still in one place. Then I held God tight ,I prayed I fasted I told God I want to be a living testimony and He Answered me May19 my Surgical cast was removed and I got a physiotherapists that comes to the house, which he payed fifty thousand monthly.

With time I was able to match my leg little by little June 30th I went for X-ray and the bone had healed not just healed but same length with the right.I started walking on the 28th day of HALLELUJAH FESTIVAL I wanted to walk round and shout on my voice so I told God I am going to walk and I did even with the pains though I still feel pain and I am still on my physiotherapy but I walk around and do my daily work and My Man still standing by my side .

We are not married but just got engaged God answers prayers. Thought I share my testimony because Chisom your Wall kept me going and I learnt a lot thanks very much God bless you and your people.