Home News Feed Fight of the Year: See Millions Mayweather And Mcgregor Get
Facebook
Twitter
WhatsApp
After months of trash-talking, a world tour, and last night’s weigh in, the most eagerly anticipated boxing matches of all time, Mayweather v McGregor is finally here. 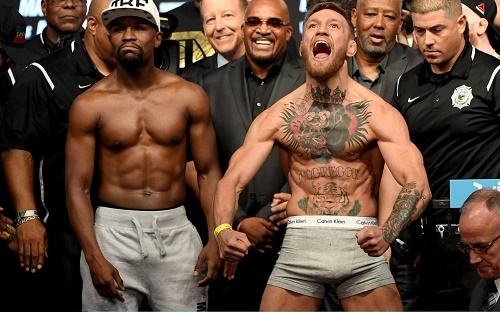 All purses have finally been revealed for the boxers on the MayMac card, and unsurprisingly, Conor and Floyd are cleaning house.

When “the biggest fight in combat sports” finally goes down tomorrow night, two gentlemen are going to be doing very, very well in financial terms.

While Floyd Mayweather, Jr. vs. Conor McGregor might not end up as advertised, it’s probably safe to say it will be the biggest fight of the year and will likely end up being one of, if not the highest PPV draw of all time. Only the numbers will be able to tell that tale, and those won’t likely be available until next week.

Some other numbers of interest, though, are the fight purses. There has been plenty of speculation about the mega-millions that will be awarded on this card, and with $131,850,500 in total on the table, some of the athletes featured on the bout sheet will be walking away with some serious cheddar.

It should come as no surprise that Mayweather is making $100,000,000 since he’s bragged about that specific number numerous times over the last few months, but the cat is now finally out of the bag on what McGregor is making, which happens to be a cool $30,000,000. Not too shabby for an 0-0 prizefighter.

Here is the official breakdown of the purses: